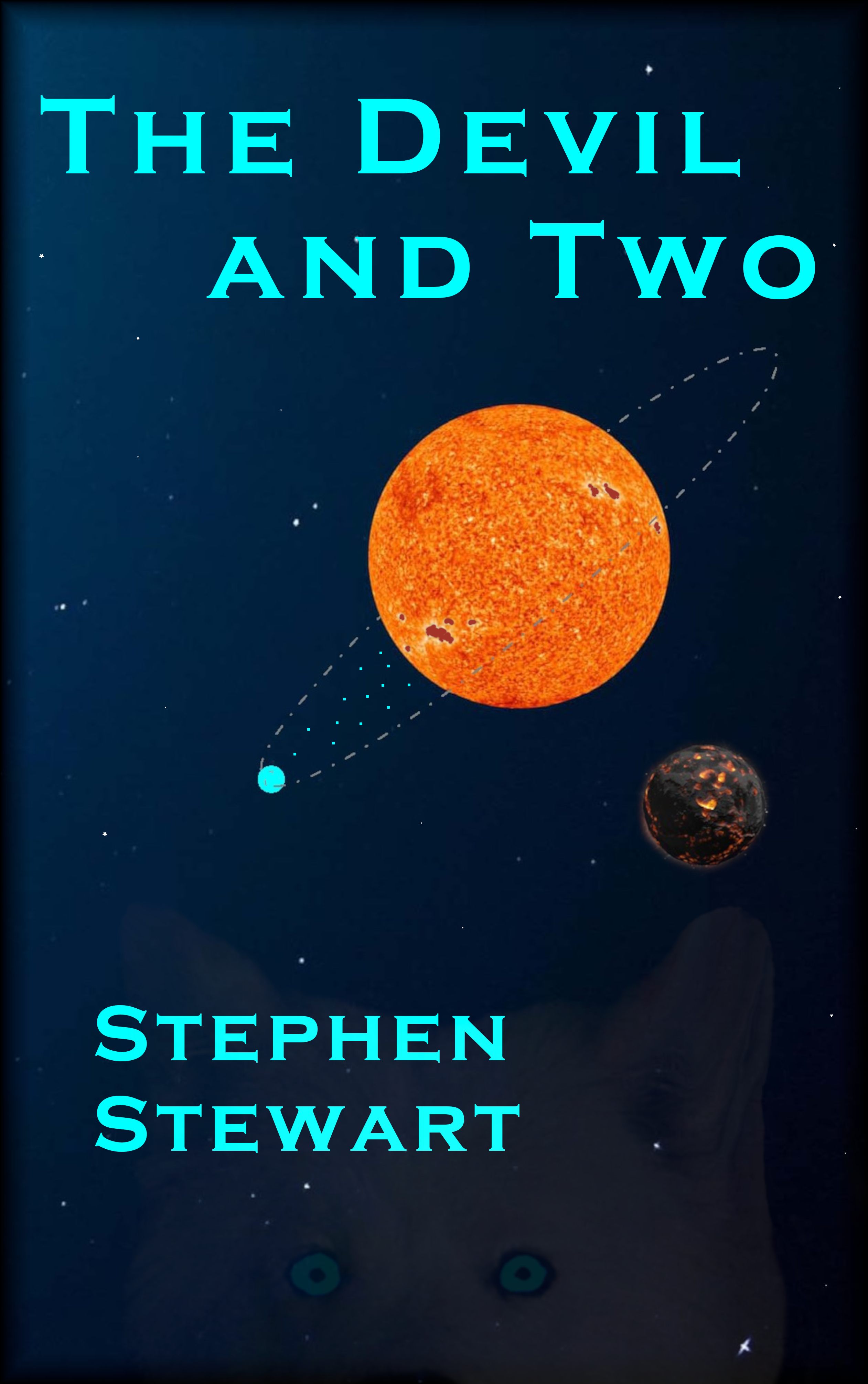 The Devil and Two

A novel by Stephen Stewart

Einstein showed us that time is an illusion, relative to one’s speed through space, and speed, therefore time, is subject to the force of gravity. This is the true paradox of time: Time is measured backwards and, compelled inescapably by gravity to contract, time will end where it began—at the centre of the universe. Until then, we will dream of a brighter future.

Dreams, too, are an illusion, an alternate reality where our subconscious minds puzzle information together, intuitively connecting seemingly unrelated events and drawing conclusions, unveiling revelations which evade the sleeper when awakened. Sometimes, every detail of a dream is vibrantly remembered as if being experienced in real time and this story begins with such a dream—a warning, a mournfully supplicating call to re-engage evil to determine the fate of all mankind—the resurgence of a grievance which began untold millennia ago between three immortal spirits: The Devil and Two: Spirit Wolves.

Time equals memory, when life is everlasting, but it also equals distance. Separated by nearly two centuries, the Spirit Wolves must first find one another before they can join together to defeat the malevolent entity conspiring to rain down apocalyptic fire in the year 2229. Only if they are successful will the future be bright!